A First-timers Guide to York in England

If you were to picture the most perfect English city complete with meandering cobbled streets and crooked old character properties, neatly enclosed in medieval castle walls - that would definitely be York! 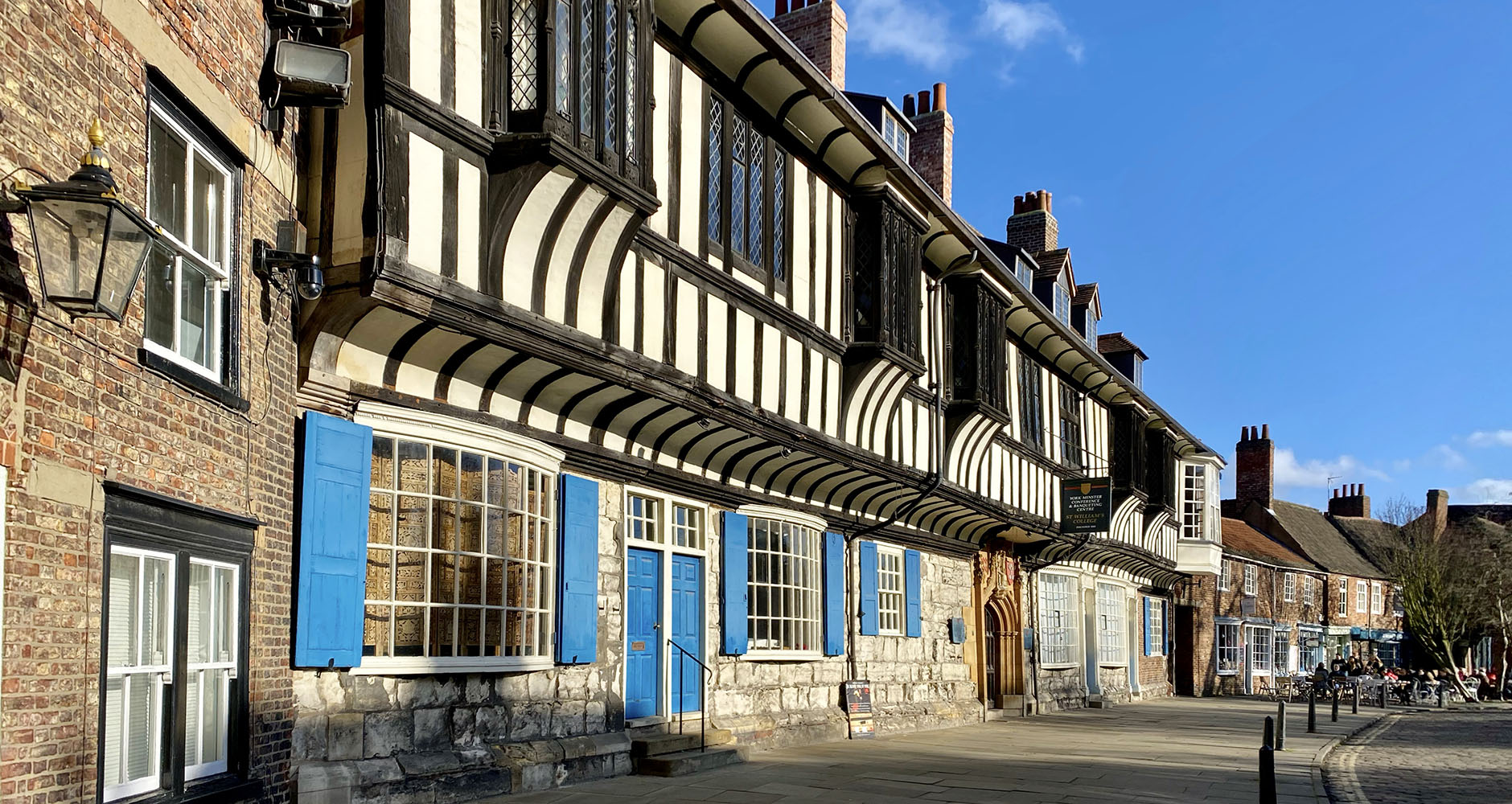 It only takes 2 hours 25 minutes on the train from London Kings Cross to York, which is surprising considering how far north it is! We booked our train tickets two months in advance so only paid £36 each for return tickets, a real bargain. 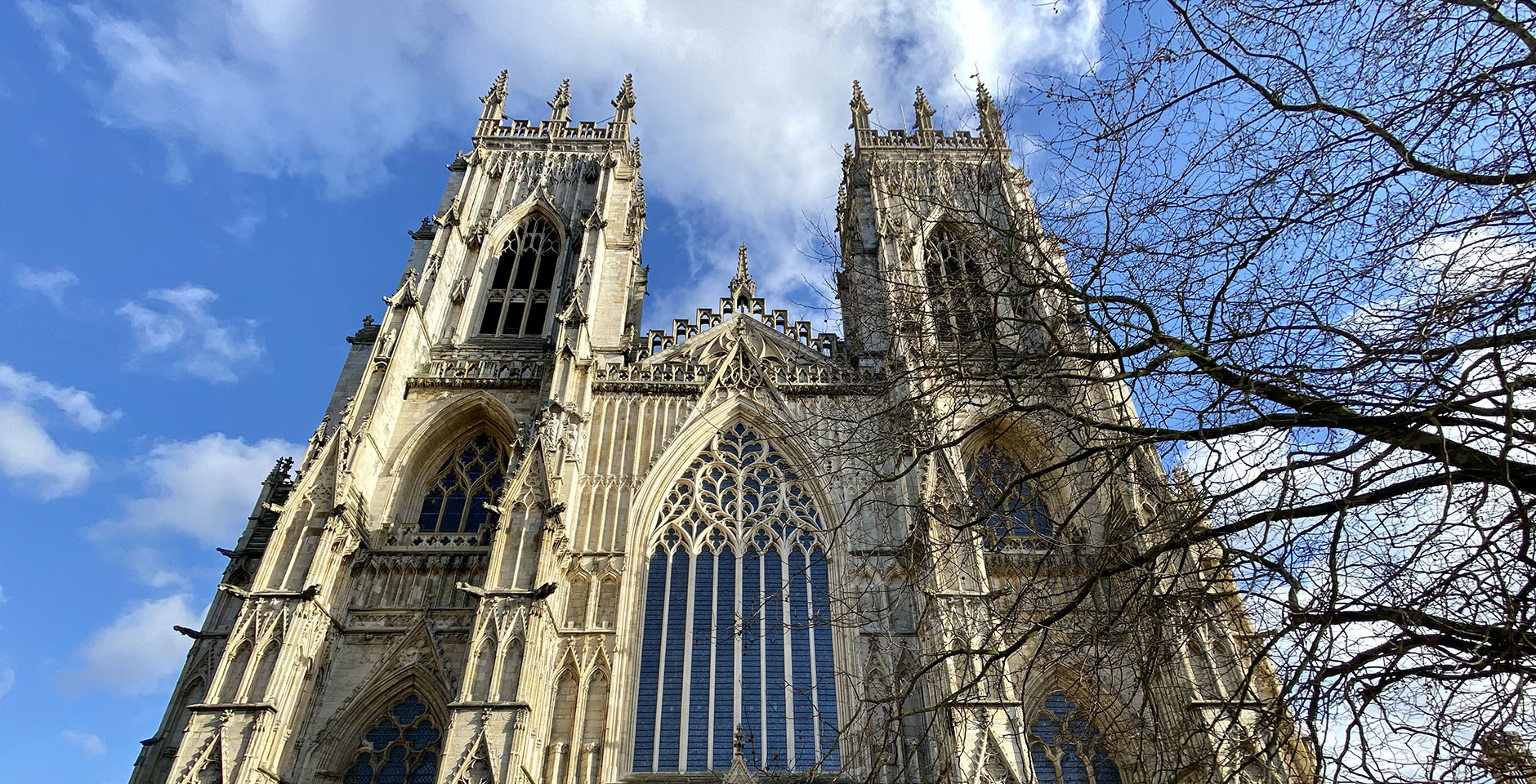 Where to Stay in York

I booked The Grand York hotel after doing a lot of research on where was best to stay in York and had a particular focus on finding somewhere central as we had no car.

Our room was located in the newer part of the building, it was huge, modern and spotless! It was perfect until I walked over to the window and saw what we were facing... a dreaded night club. On our first night, loud music started at around 10pm followed by shouting and screaming which lasted until 4am. Needless to say I complained the next morning and we were thankfully relocated to a suite in the old part of the building.

The noisy room aside, the hotel is charming and attractive with the building being the old headquarters of North Eastern Railway. But at £130+ a night I would highly recommend staying elsewhere as there are lots of hotels and B&B's in York to choose from! 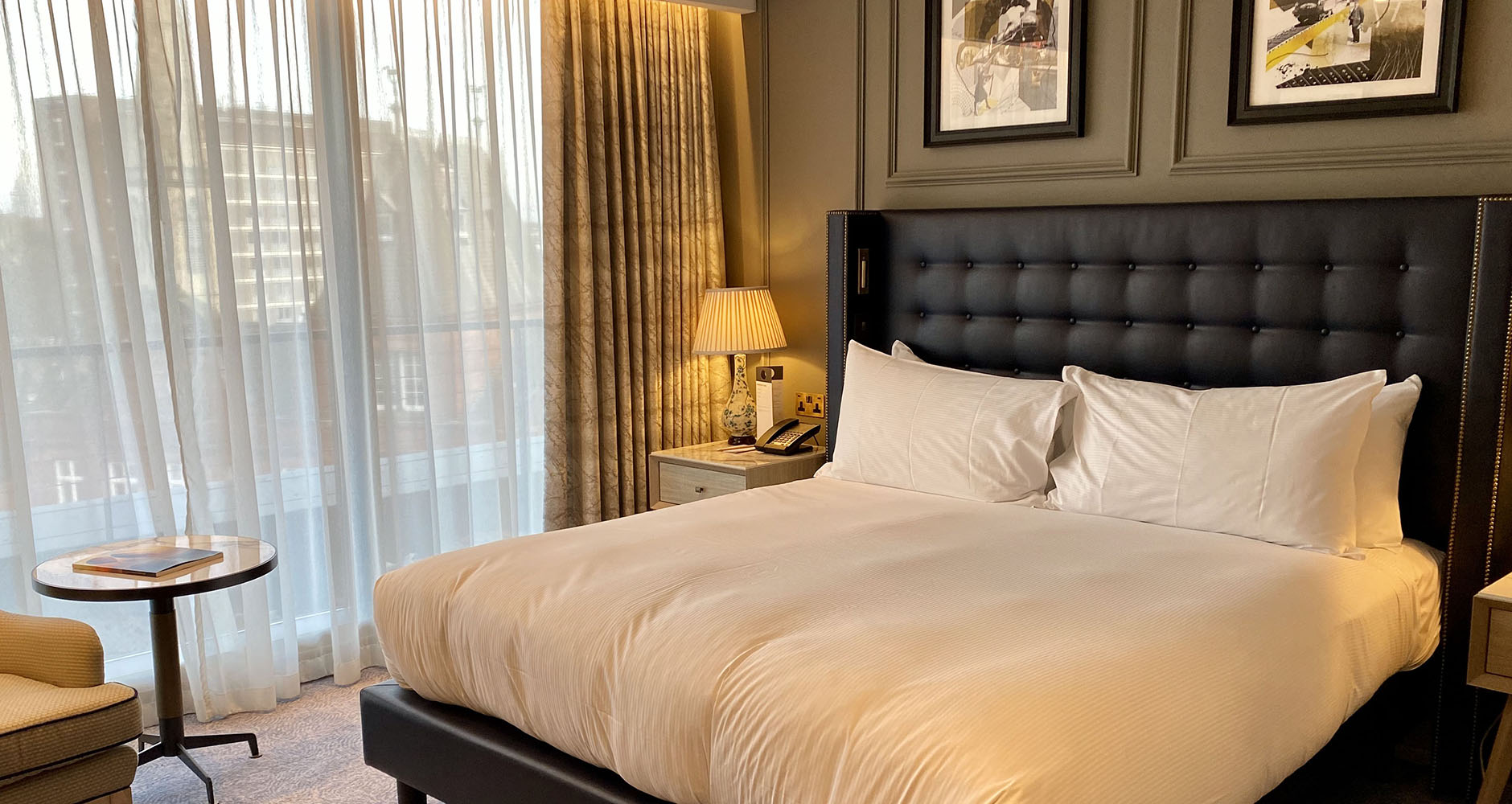 The Classic Double Room in The Grand York Hotel

This is really the top attraction in York and has the tourists to prove it! York Minster charges an entry fee so we didn't venture inside but we appreciated the intricate architecture and sat in the nearby Dean's Park to admire it. 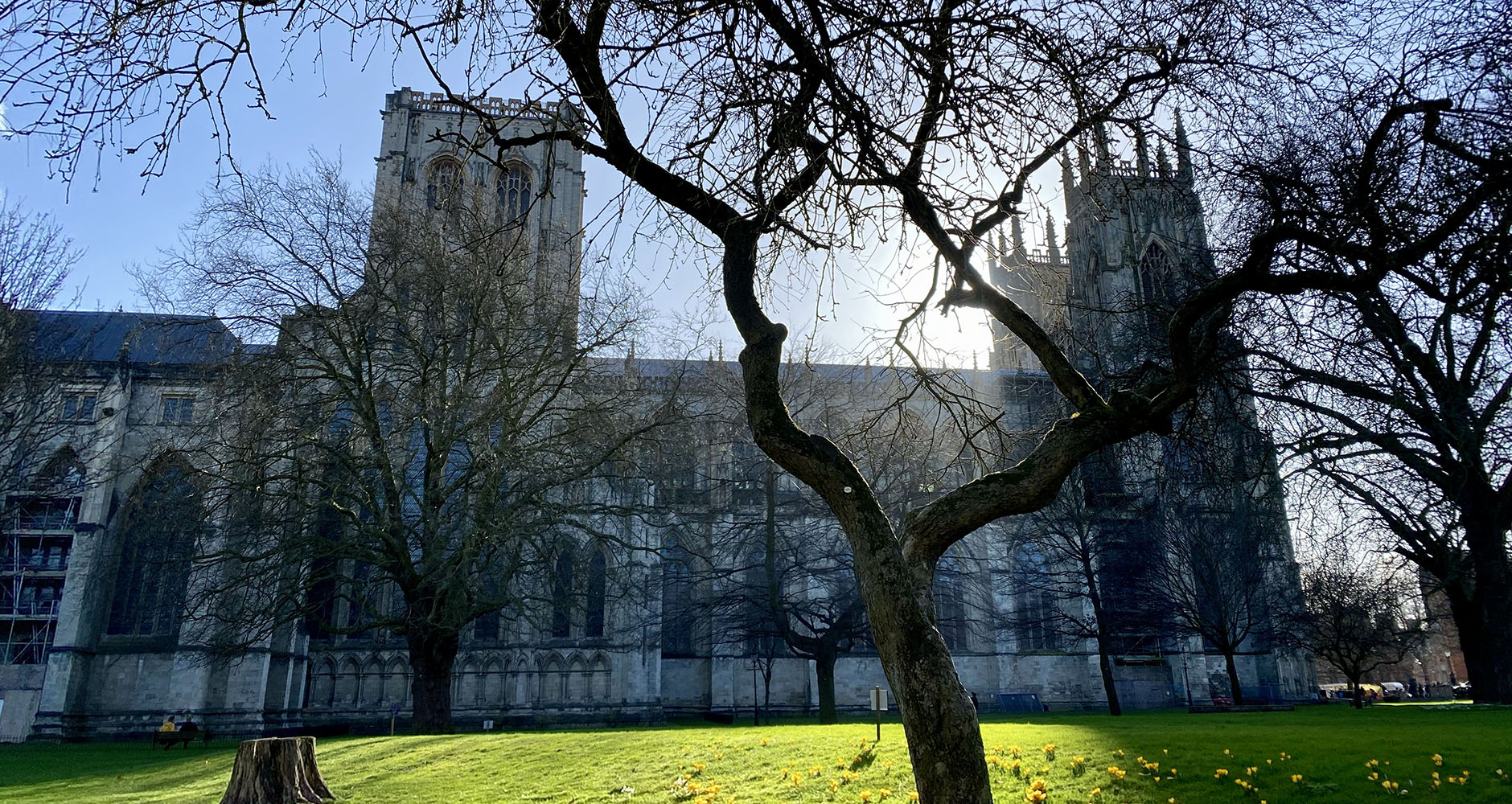 If you're a chocolate lover then keep reading as this one is definitely for you! I was very excited to go on the York's Chocolate Story tour which takes place daily on the upper levels of the shop and cafe. This 90 minute tour is designed to teach you about the history of chocolate and had a particular focus on production and distribution of chocolate in England. 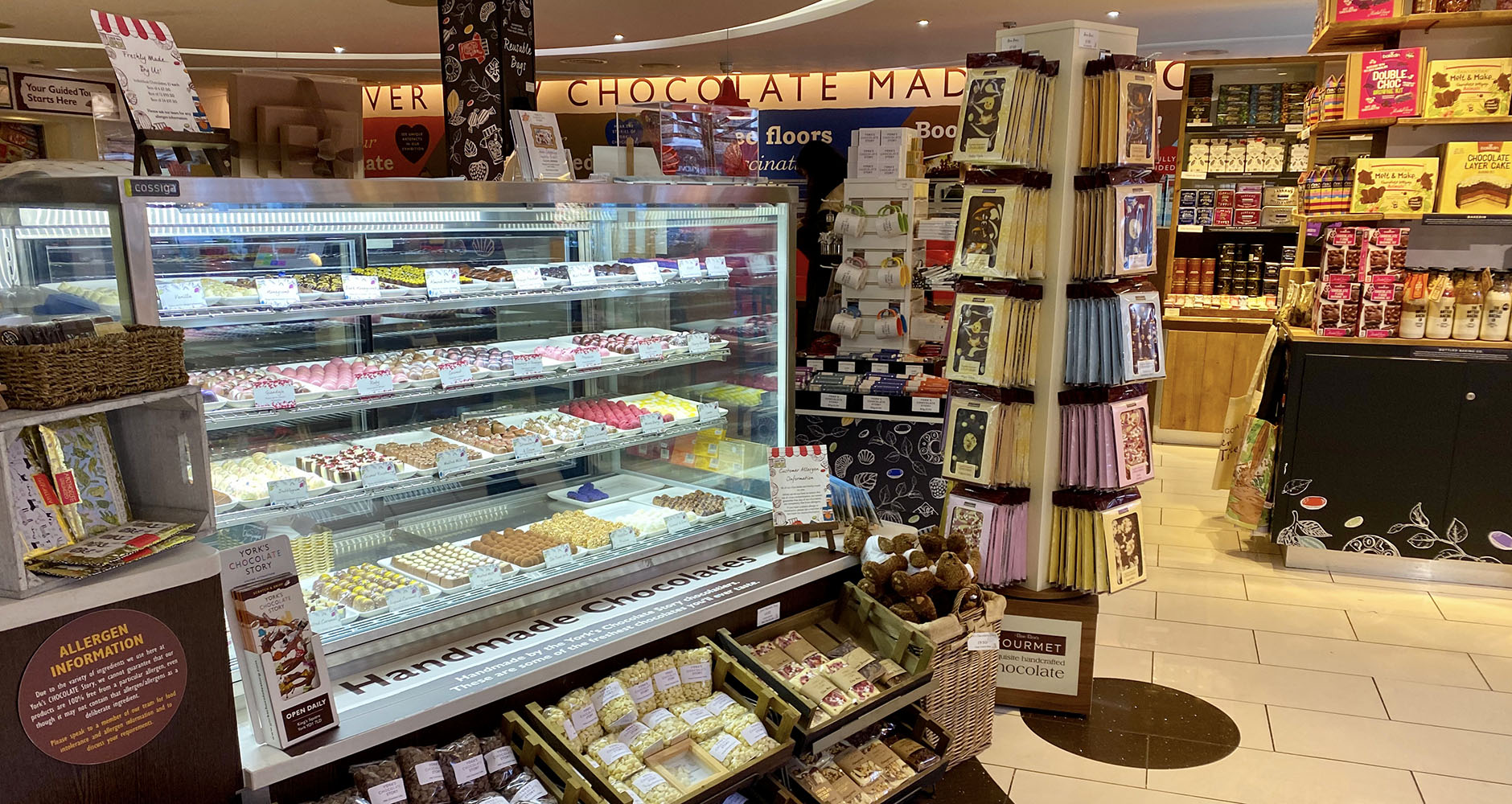 A lot of thought and creativity has gone into the tour which adds to the atmosphere and sets the scene perfectly for storytelling. Not only was it informative, David our tour guide made it humorous and interactive, and in case you were wondering there's plenty of opportunity to sample some chocolate!

You also get the chance to decorate your own chocolate lollipop on the tour, and if you're lucky you'll see some chocolate making in action by highly skilled chocolatiers.

After the tour we did a bit of shopping instore and had the most velvety, luxurious hot chocolate topped with whipped cream and mini marshmallows in the cafe - the perfect way to wrap up the tour on a chilly February afternoon!

Stroll down the Shambles and feel like you've travelled to the past on the road that inspired Harry Potter's Diagon Alley! This lane is located in a popular area in town so you may naturally come across it when exploring the winding lanes of York. 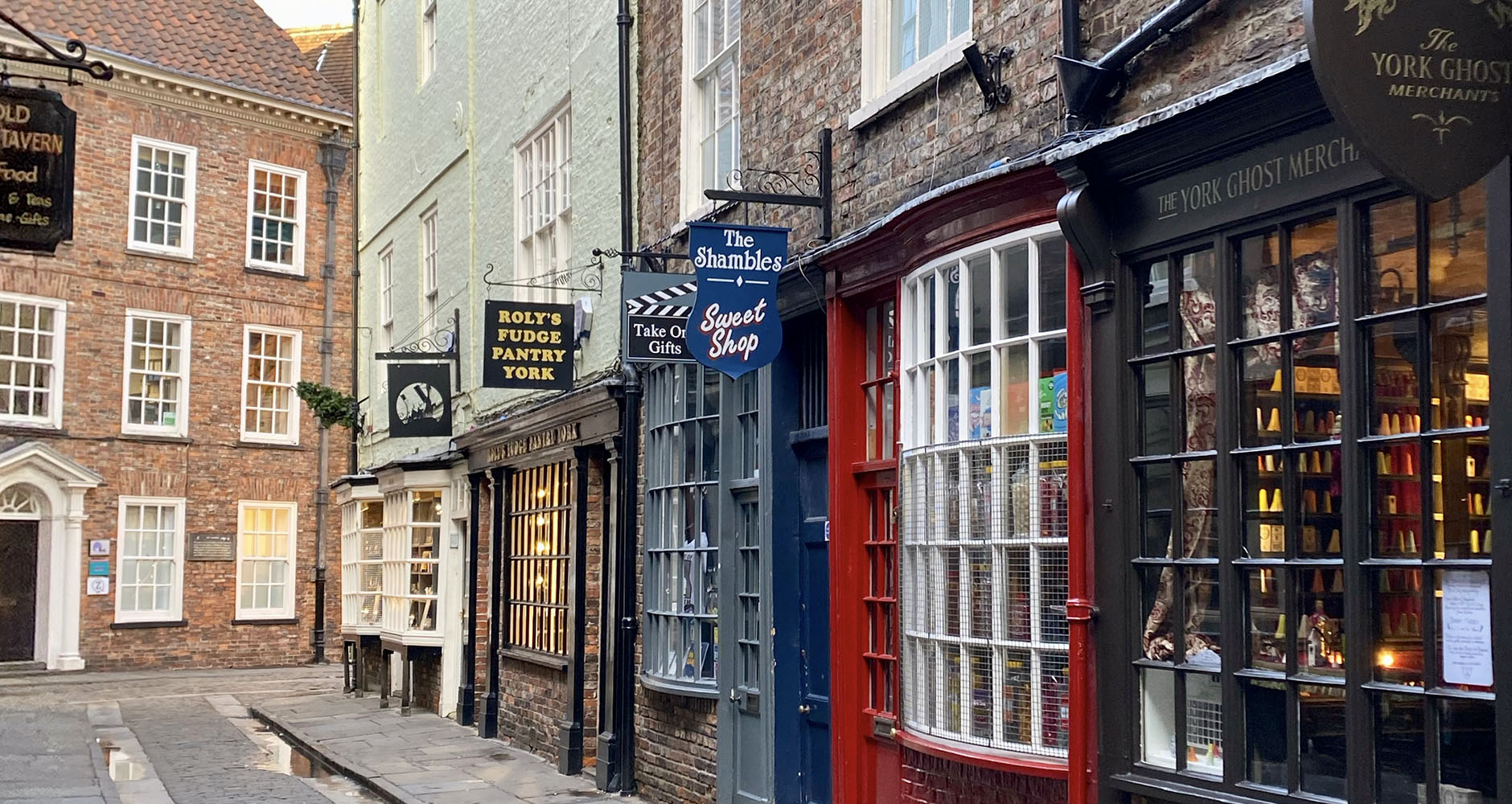 The famous narrow medieval street known as the Shambles

I really enjoyed my time at the National Railway Museum and could have spent hours there. They have an impressive collection of the finest trains in the world, including the famous Mallard and the Flying Scotsman. You can even board a handful of train carriages and peek in the windows of luxurious ones such as the Belmond.

One thing I sadly missed was afternoon tea in the Countess of York which would have been amazing, what could be better than having tea in a restored, vintage rail carriage! 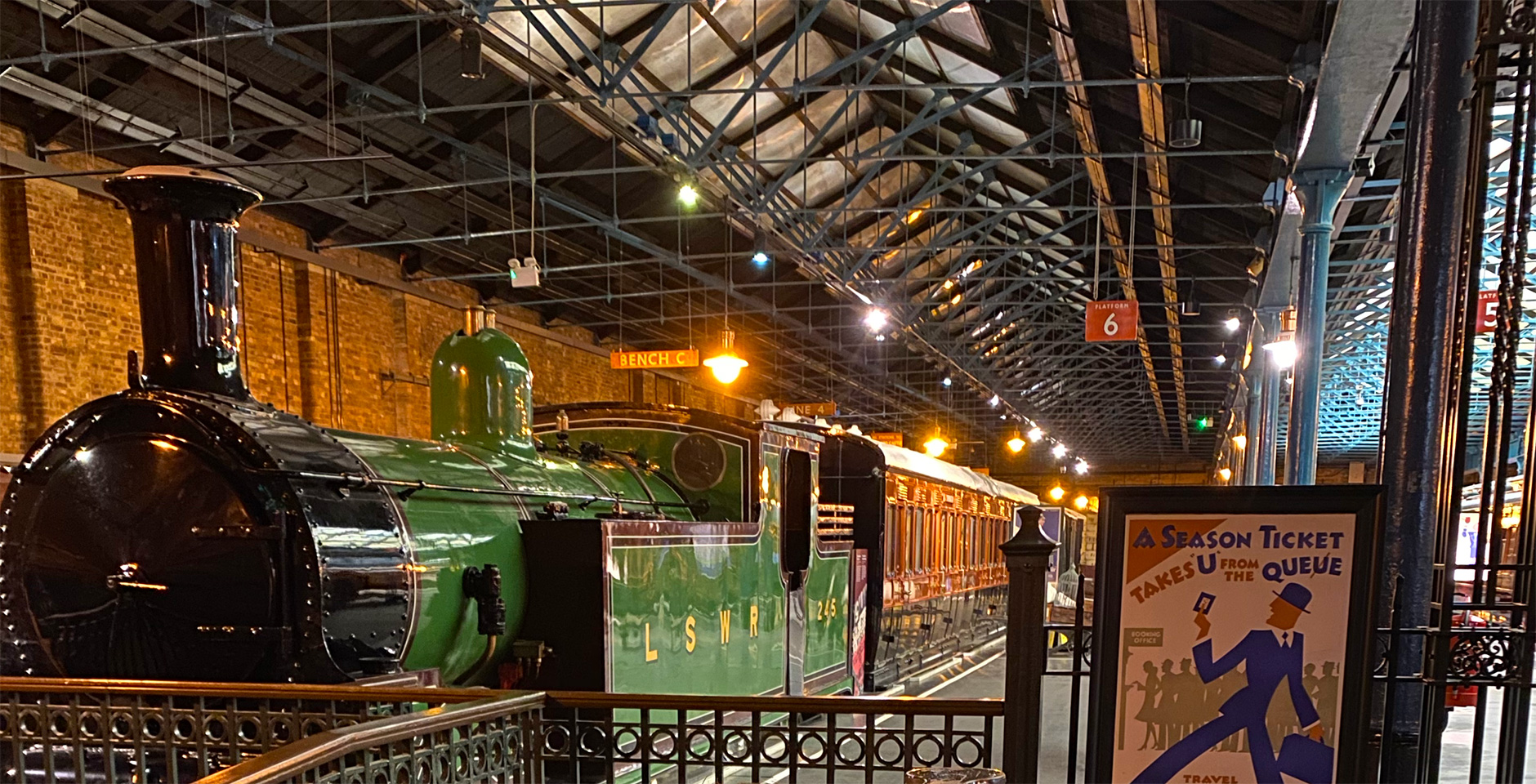 All aboard! Loved the old trains in York's National Railway Museum

Clifford's Tower is all that remains of York Castle and is very striking from the outside. They charge a fee to enter the tower which is not immediately obvious from the ground and only apparent after you've walked up a load of steps! I can't comment on if it's worth going in but I've read that the panoramic views of York from the tower are special. 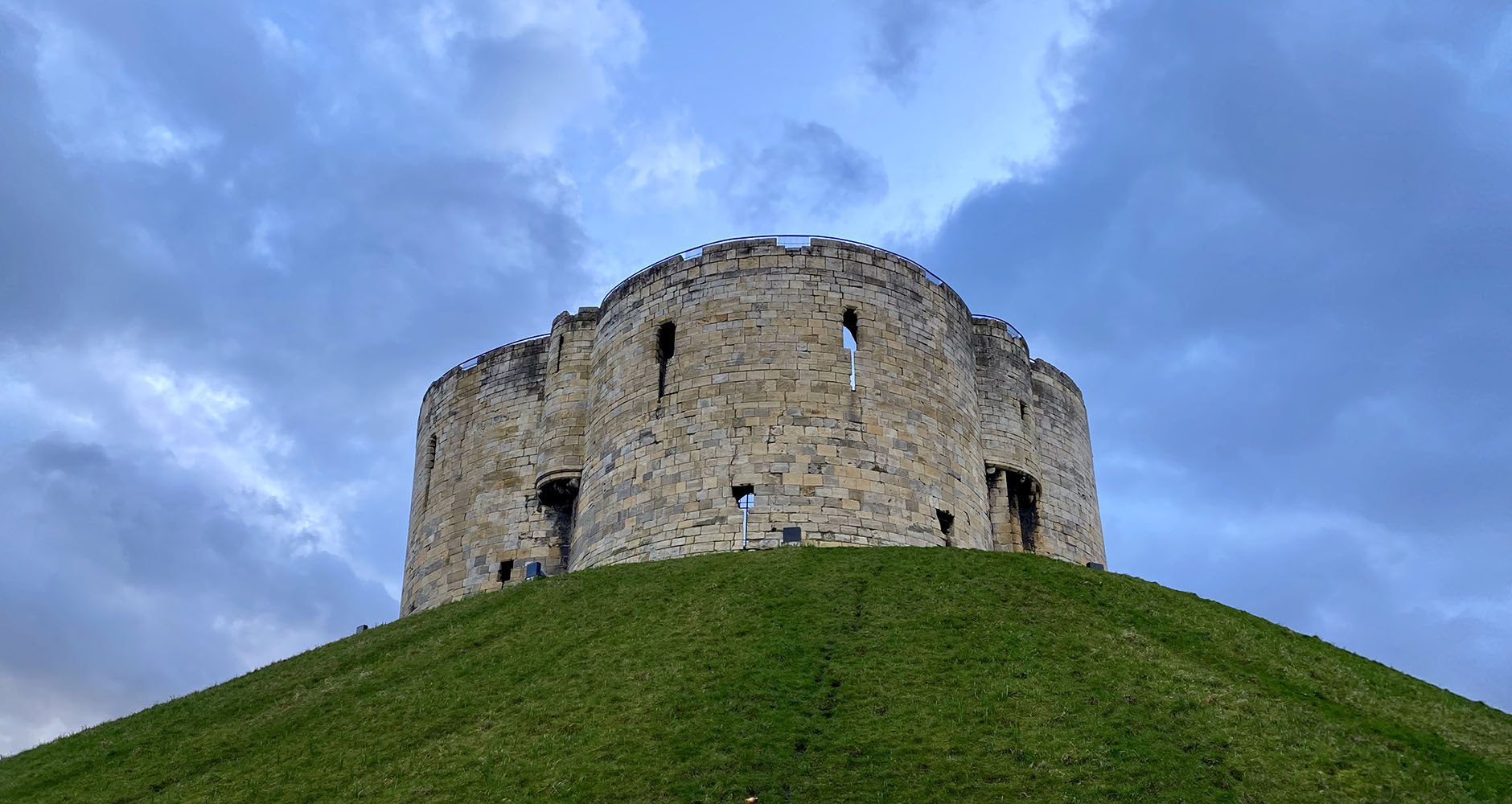 That's Bettys without an apostrophe, not just me making dozens of typos! I had been looking forward to having afternoon tea at Bettys ever since I booked it. I knew the food was going to be excellent and I wasn't disappointed, tea was served in a simplistic but elegant setting, accompanied by live piano music with some Disney tunes included.

What I really liked about Betty's was the menu, it wasn't the usual choice of stuffy sandwiches and boring scones - highlights included a tasty roasted red pepper and tomato tart, mini croissant with tea smoked salmon and creme fraiche and an incredible apple and vanilla custard tart.

I recommend booking Bettys in advance and opting for the tea in the Belmont Room if you're looking for something extra special. 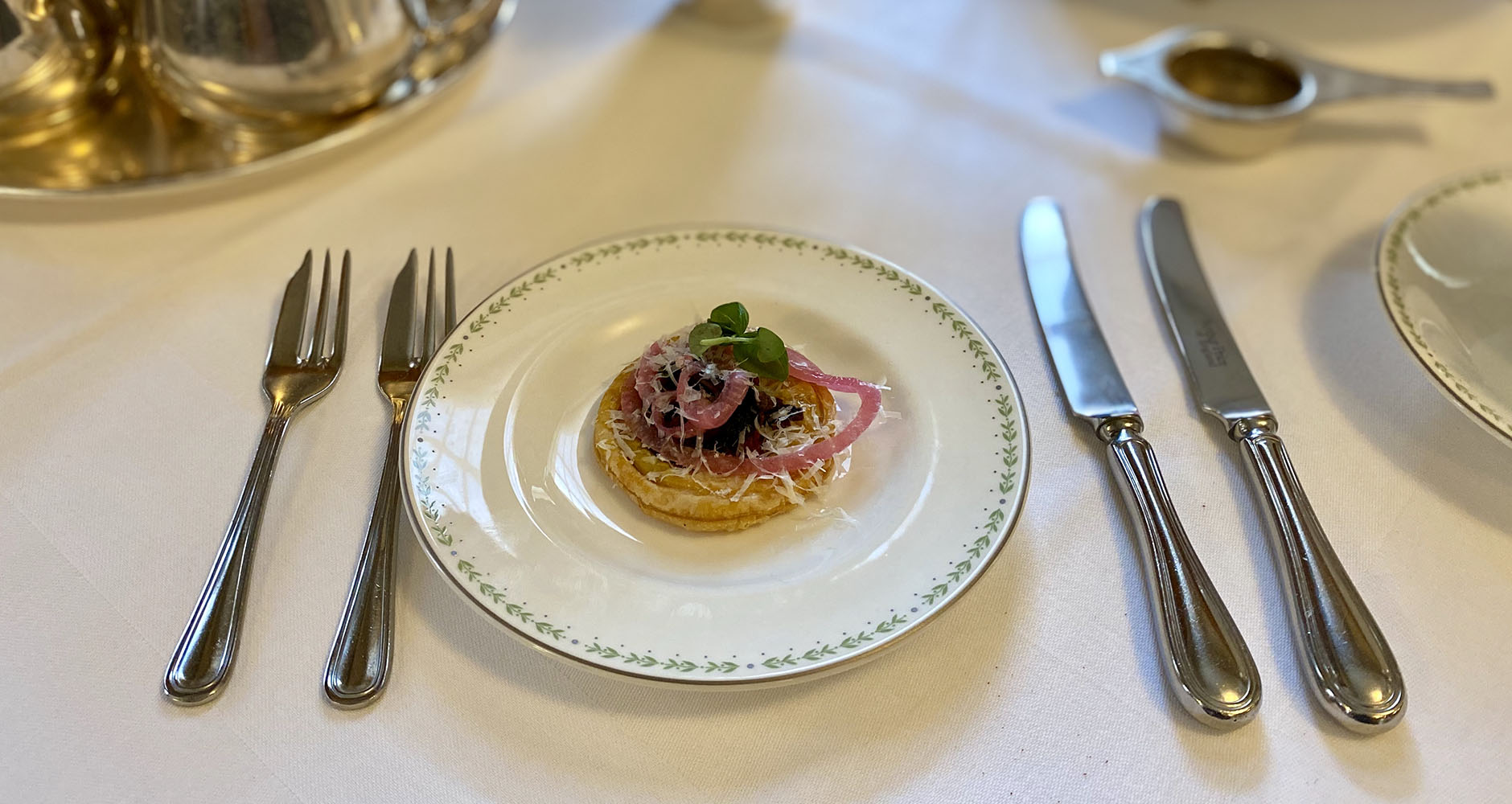 The Star Inn the City

I booked the Star Inn the City for dinner on my husbands birthday and it was great choice. The food was absolutely delicious and the service was very good, the only thing to bear in mind is you don't get a much of a view at night (especially when there's a storm!) so if views are important I'd recommend booking for lunch.

The Forest at Galtres Lodge

So glad we stumbled upon The Forest restaurant to have breakfast, just look at that mouthwatering stack of pancakes! This little cafe had a nice theme and a lot of foliage, it felt like we were dining at Tinkerbell's house. 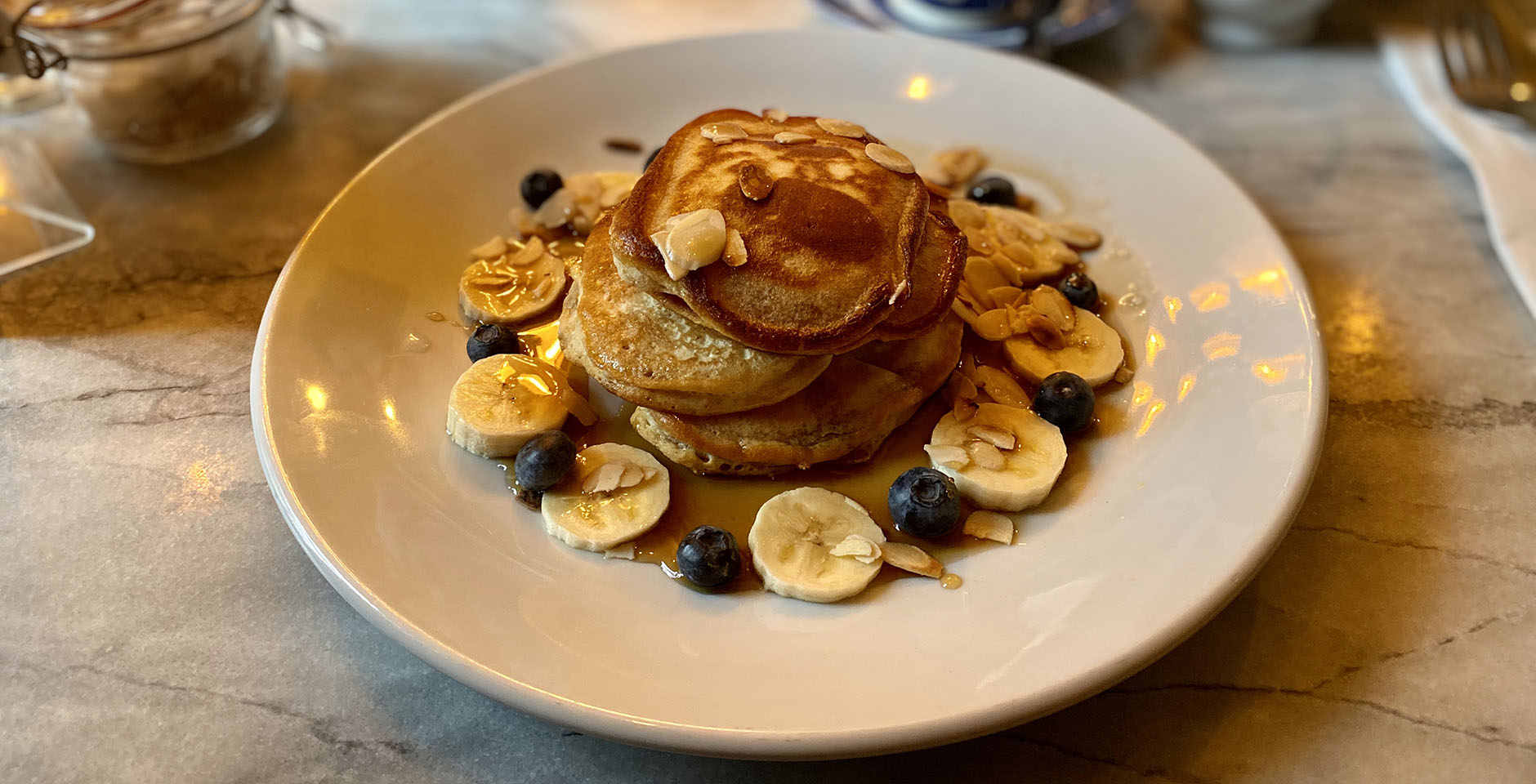 Fluffy pancakes at The Forest, Galtres Lodge in York

We stayed in York for 3 nights in February 2020 and I would have liked at least another night! When I return I'd like to have afternoon tea in the Countess of York, do the York City Walls trail and do some shopping!

Plan Your Next Adventure