I can see why Downtown Vancouver is such a popular destination, it's a city that has it all; mountains, ocean, forests, parks and beaches. The skyscraper buildings and business districts are reminiscent of New York but on a much smaller scale and nowhere near as busy. There's a lot to see and do in Van city and if you're lucky you may even see something being filmed! 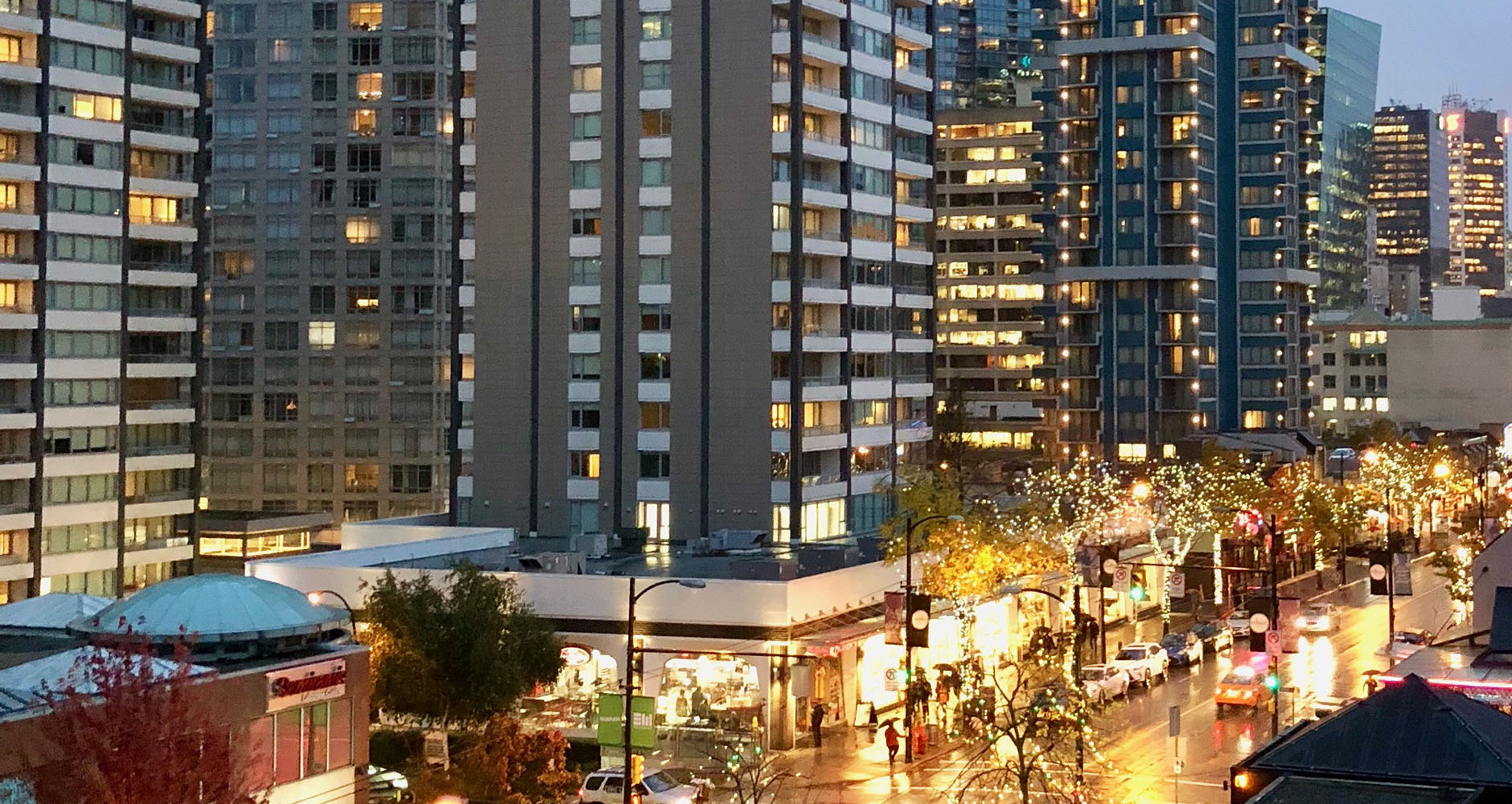 Getting to Downtown Vancouver

We split our trip between Whistler and Vancouver, so we initially flew to Vancouver and headed straight to Whistler Village via the Whistler Shuttle. We purchased a roundtrip ticket for our transportation to and from Whistler which cost $250 Canadian dollars. It was super easy to book the tickets online and really flexible as you were able to chose from either the Pacific Coach or the Whistler Shuttle service, for either leg of the journey. It's a pretty long drive that took just over 2 hours to arrive, but when it's cold and raining buckets outside you'll be grateful to be sat in the warmth until you reach your stop!

Where to Stay in Downtown Vancouver

We stayed at a 4-star hotel on Robson Street in the West End, which location wise was perfect, however the hotel standards were pretty shocking so I won't be mentioning the name of it! You could stay in any of the districts in Downtown Vancouver and you'll be able to walk to most places, so there really are no bad decisions you can make based on location. The historic districts of Gastown and Yaletown were my favourite spots, closely followed by Coal Harbour, then West End and Downtown. 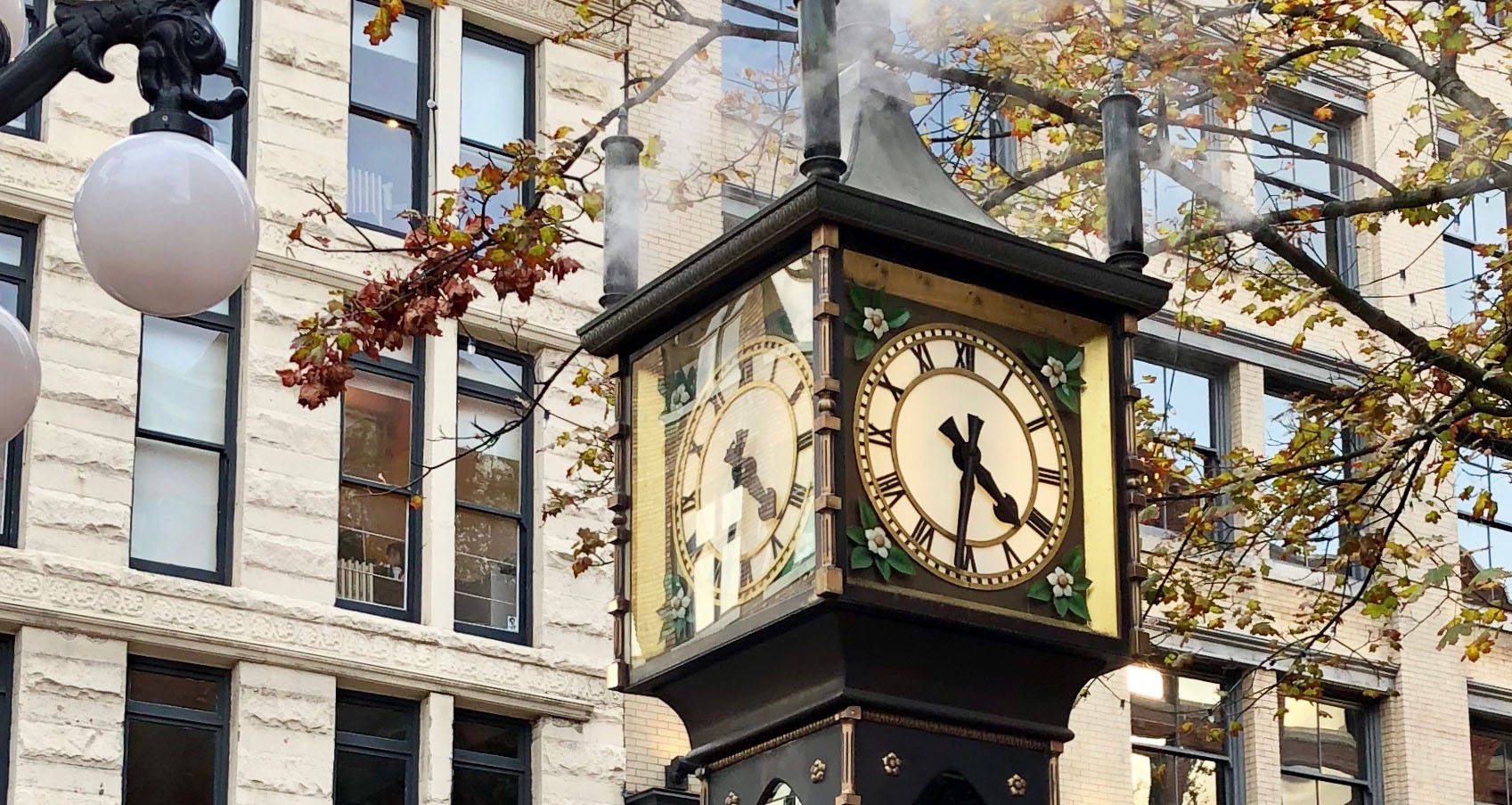 Coal Harbour and Stanley Park are exceptional, when the sun is out I recommend renting a bike for a few hours and cycling around these areas. We rented bikes from Spokes, located near Stanley Park and cycled leisurely around Stanley Park in about an hour. We stopped frequently to take pictures of the scenery and occasionally I fell off my bike when other cyclists yelled 'coming through' and overtook me! 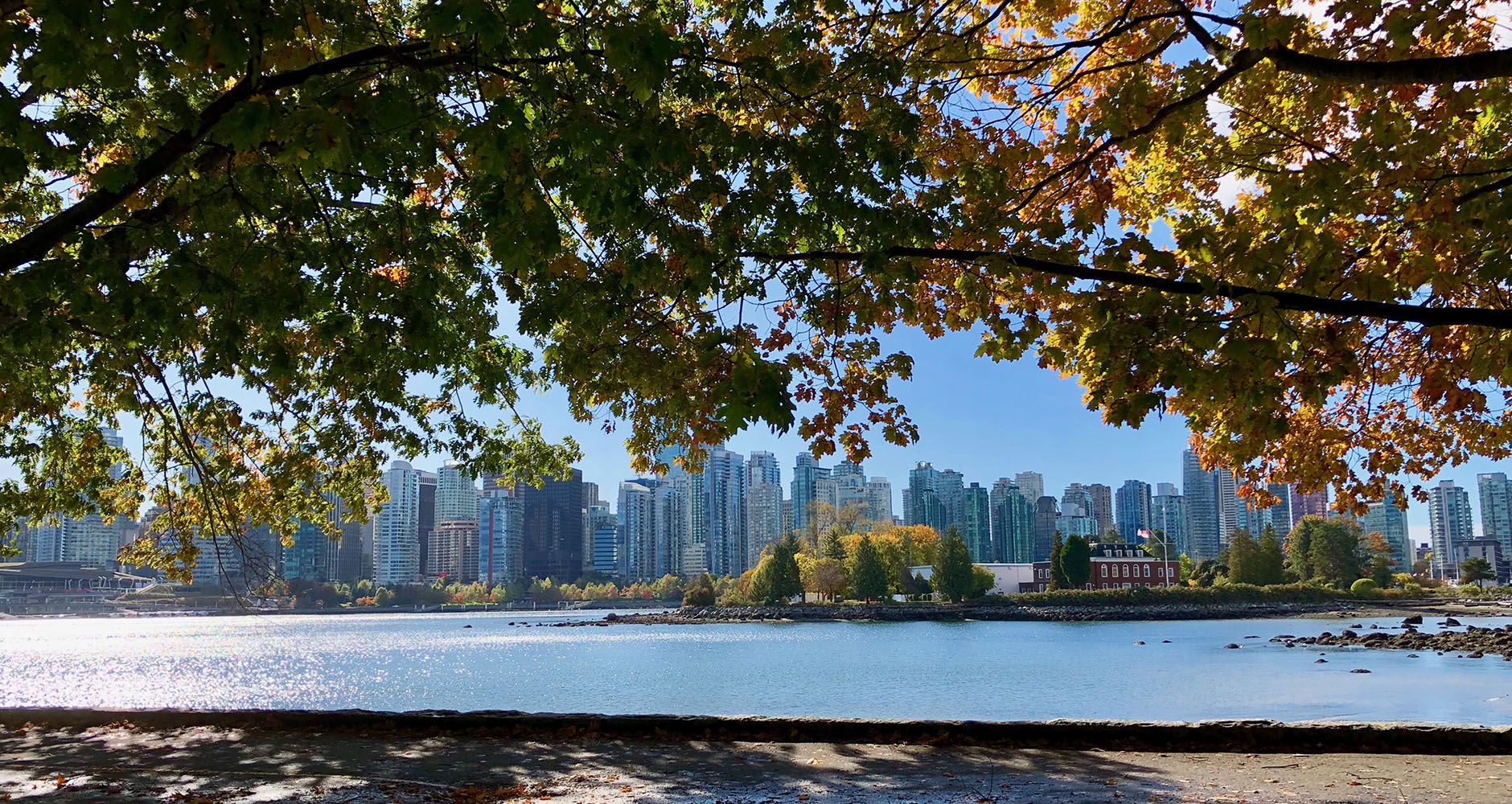 Cycling around Stanley Park in Vancouver

If you're keen to do some shopping, I highly recommend heading to Downtown which is Vancouver's shopping district. It's a pedestrianised area with a great set of shops including big name department stores like Nordstrom, a small indoor shopping mall, a top set of restaurants and it's generally busy and full of life!

If you're looking for an indoor activity which isn't too expensive, I highly recommend a visit to Vancouver Aquarium which is located near Stanley Park. It's not a huge aquarium but it's certainly a good way to kill a few hours, especially when there is torrential rainfall outside! My personal highlights were seeing the otters, penguins, sea lions and listening to the informative talks about sharks. 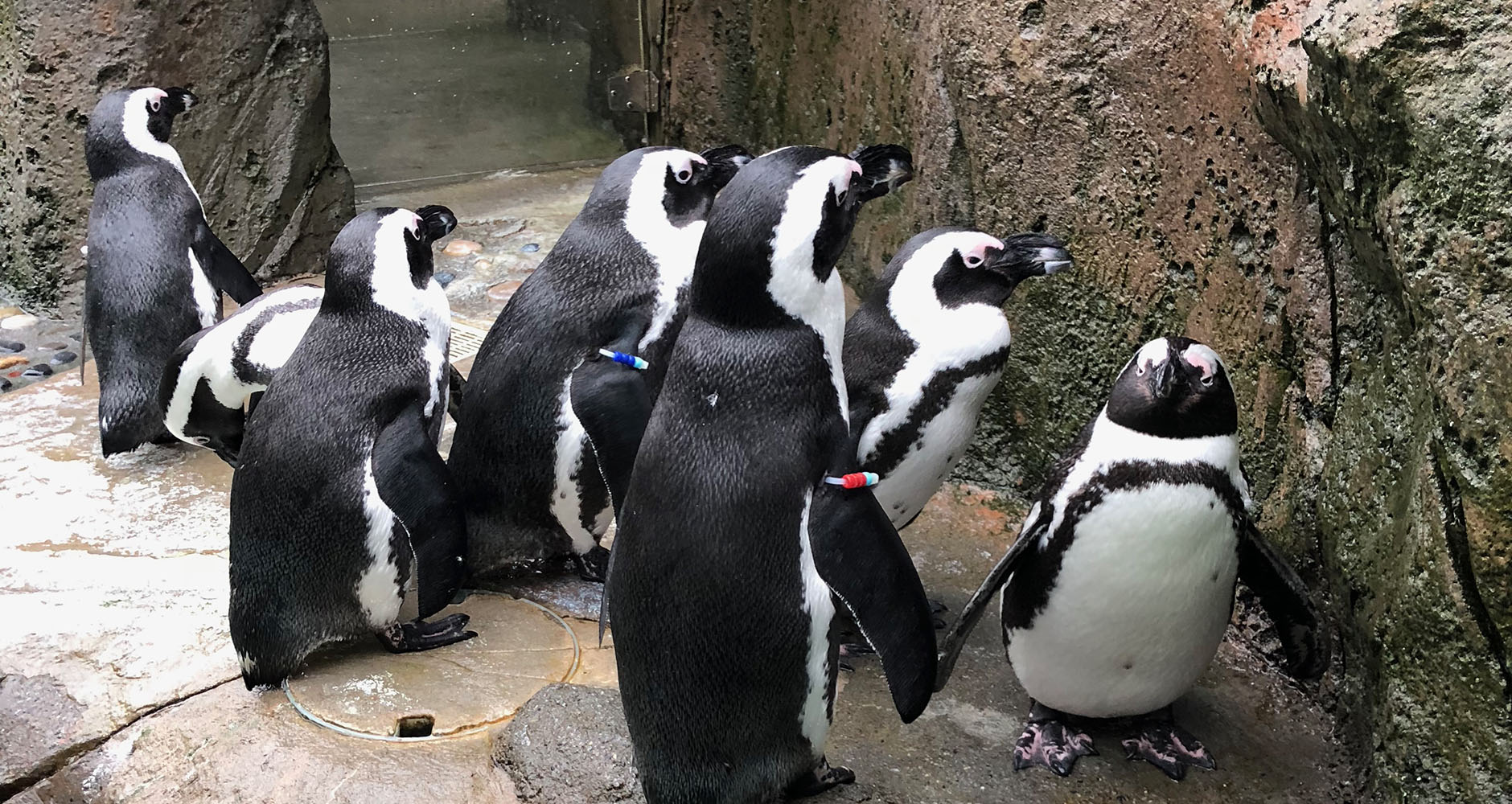 Visiting the penguins at Vancouver Aquarium

There are so many areas all in walking distance in Downtown Vancouver and it's really not far to walk from one end to the other end. One evening we walked from Gastown to Sunset Beach which took about 50 minutes going at a relaxed pace. I say a relaxed pace, but we tried to time it perfectly to watch the sunset, so we were rushing... and this was the best the sky could give us! 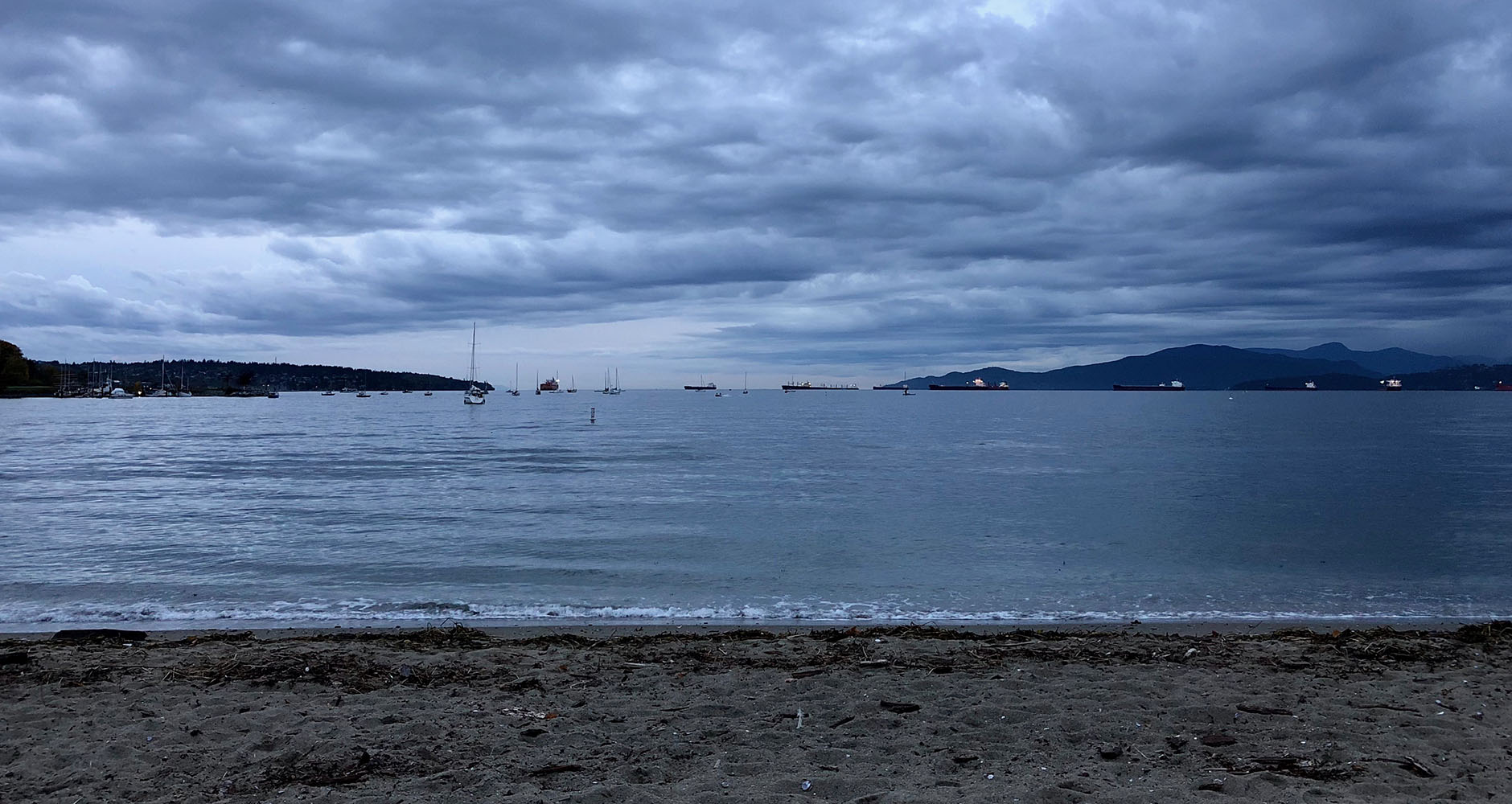 We were spoilt for choice when it came to dining as there's an abundance of restaurants on Robson. We found Cora which I thought looked suspiciously like IHOP, but it turned out to be way better! Cora has a vast menu and served up ample portions at a cheap price. Most breakfast dishes came with a jumbo portion of fruit on the side which was an added bonus as we were eating like pigs! 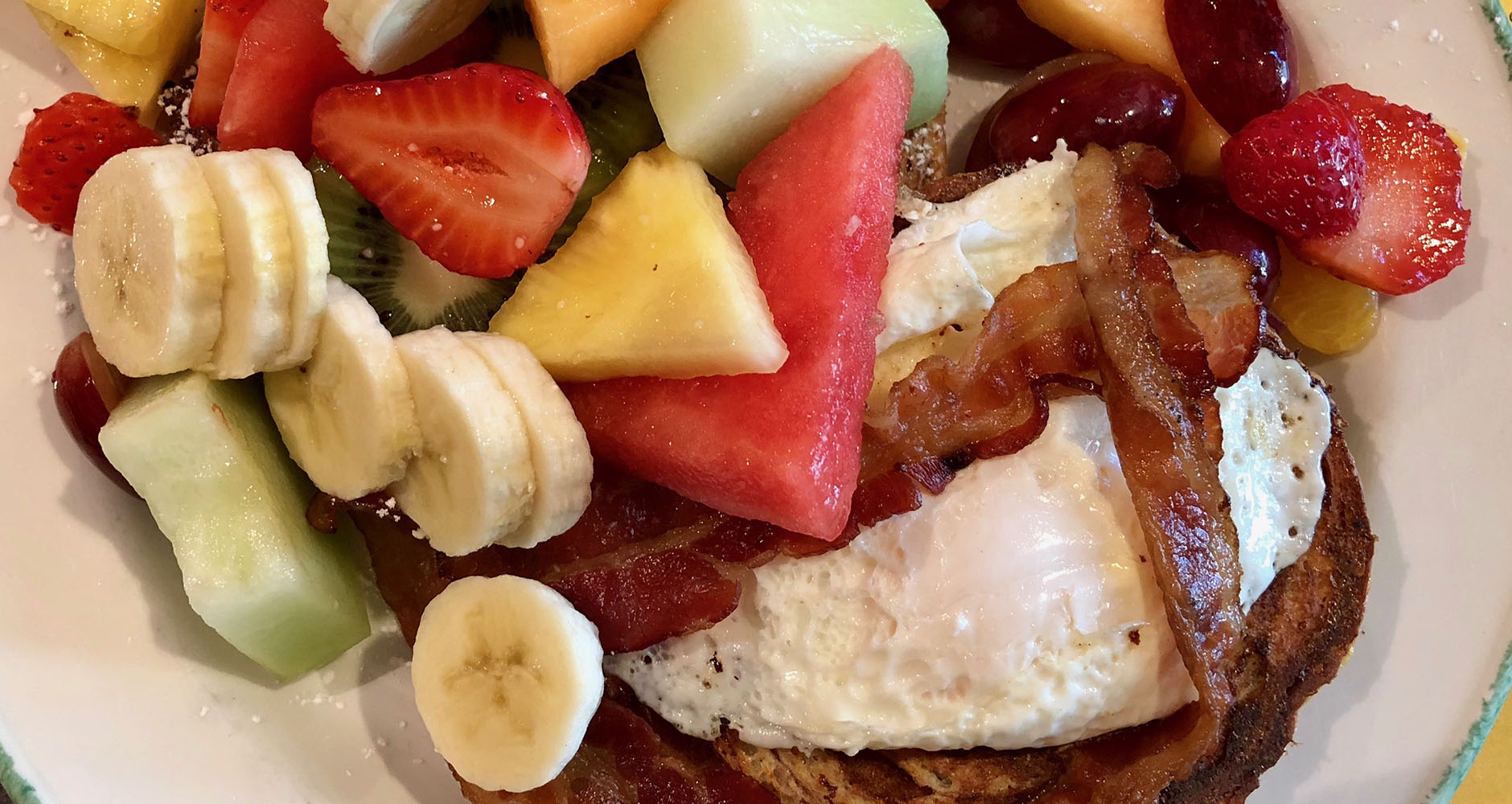 Yummy breakfast at Cora on Robson in Downtown Vancouver

We stayed in Vancouver for 4 nights and I could have easily stayed another 2. It does rain a lot which may hinder your plans for outdoor activities. On my return, I'll visit Capilano Suspension Bridge, Granville Island, VanDusen Botanical Garden and Queen Elizabeth Park.